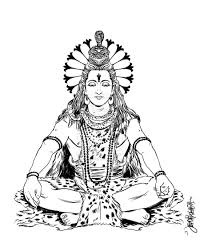 You are one among the blessed Anbargals who have been initiated to the Thiruppugazh form of worship. Initially, you would experience as if you are driving a Nano car, going through the streets in your town, doing some shopping (Udukka Thukil Vendum) or looking out for a good alliance (Neelangol Megathin) or attempting to own up a decent apartment (Antarpathi Kudiyera) or consulting a physician for a good health (Irumalum Roga). The most amazing thing about Thiruppugazh is that as you go on, you would find that the small vehicle in which you are traveling would suddenly assume the size of a Boeing, gradually lift you up to the vast space above, enlighten you and transcend you to a state of truth, consciousness and bliss (Sath Chith Ananda).

The songs of Thiruppugazh are composed as a prayer for ensuring peace, health, happiness and prosperity in life. But this is only the first stage of spiritual progress. Thiruppugazh takes the devotee stage by stage. While in the first stage, Thiruppugazh fulfills all our worldly aspirations, it takes us gradually to a higher level. It reminds us of a flight that initially passes through the tarmac of earthly aspirations of devotees and then lift them up to higher level of knowledge where the devotee forgets his individuality and seeks unity with the eternal reality which the vast space symbolises. This is the state beyond happiness and sorrow, beyond knowledge and ignorance (arivum ariyamalum Kadanthu….) and beyond likes and dislikes. “Liberate me, Oh Lord, from this cycle of life and death and show me the path to your Lotus Feet.” Arunagirinathar sings in “Iravamal Piravamal”. In “Suruti Mudi Monamjai” Arunagirinathar seeks the state of self-realisation. In fact, Thiruppugazh takes us to the ultimate state of realisation stage by stage though songs are not available to us in that order.

It is believed that Thiruppugazh is the essence of Vedas. The doctrine of Adwaita (non-duality) which the Vedas and Upanishad speak is glaringly revealed in Thiruppugazh. Arunagirinathar says: “Having lost my individual self, I have immersed myself in the eternal reality, the Brahman, who pervades like the vast space all over the universe and attained the state of eternal bliss.” (Nan Enpathatru….Thenunthu..132) In Kandar Anubhuti Arunagirinathar says: “Having liberated myself from worldly affiliations, I have reached an exalted state where my individuality has been swallowed and my Supreme Self alone remained” (Yanakiya Ennai Vizhungi ….Anubhuti). This is the state of enlightenment that leads to salvation of the soul at the Lotus Feet of Muruga. Kandar Anubhuti is the true reflection of the aspiration of the individual soul eager to merge with the Supreme.

Here is the translation of another illuminating song done by Arunagirinathar at Palani, ‘Suruti Mudi Monam’, which elevates us to a state which is beyond the waking, dream or sleep state; the state of liberation from the worldly bondage and attachments.

He who prevails at the end of all Vedas,
who renders the advice on the value of silence,
who shines as the eternal reality,
who symbolizes the Jnana that radiates from Siva,
who, appearing as one without a second,
conveys the concept of Adwaita,
who radiates as the light within light,
who appears with and without form
and symbolizes the bliss of Siva!
……………(Surudi Mudi)

He who remains in the heart of devotees;
the Jeevan Muktas who remain in the state of Turiya,
He who evokes awe and reverence,
who lead us to the light of Jnana,
and gives us ever lasting bliss,
but, never I sought to reach His Lotus Feet.
…………….(Turiya)

Having taken the form an embryo in the womb
I got the life sustaining energy of Prana.
Having inherited the three different Gunas,
and having an inclination to do all wrong things,
I came into this life with the burden of Karmas.
……………..(Karuvilluru)

Identifying myself with the body,
I turned towards this world of illusion
and believed it to be real
Oh God, lift me up from this gutter
and grace me your Arul Jnana
………………(Kalagamita)

He who symbolizes the one eternal reality,
who encompasses all the six doctrines,
who reigns supreme at the beginning, middle and end of the ages,
who pervades all over the rounded globe
over the vast space beyond,
who radiates as light of Atma Jnana,
I worship Thee.
……………….(Oru Niyama)

Oh My Lord, who bestows his blissful grace,
like the water that flows perennially from mountains,
who elevates us to the realization of Siva
and immerses us in the nectar of His grace,
the Lord who is the embodiment of eternal happiness,
who holds the powerful weapon of Vel
who appeared as Gurunatha and
tendered the Vedic advice on Pranava Mantra,
I worship Thee.
………………..(Uthatharisa)

Oh Lord who radiates the brilliant rays of the sun,
as you take your steps in tune with Nadha Brahma,
and the ornaments that adore your Lotus feet move about,
raising the melodious sound of music,
even the planets of the universe get shaken.
I worship those Lotus Feet,
which dances to the tune of the divine songs
and climbs over the beautiful transport of peacock.
………………..(Parudhigathi)

Oh Lord Subramanya, who reigns supreme at Palani hill,
the Lord who protects and safeguards the Devas!
As the devotees chant thy names and recite your songs
and highlight the immense power of the Mantra, Saravanabhava,
they are elevated from darkness to the light of knowledge.
………………… (Paniyumadi)

The Mundukya Upanishad speaks of Turiya in the following manner: “Turiya is not that which is conscious of the inner (subjective) world nor of the outer (objective) world. It is unperceived (by any sense organ), incomprehensible (by mind), unrelated to any object.” It is essentially the consciousness of the Self alone. It is peace, bliss and one without a second. This is the Atman that has to be realized.

Let us worship Muruga through the songs of Thiruppugazh and seek his blessings to remain beyond the influence of body and mind and follow the path of discipline, devotion and dedication.