The young age is a very important stage in one’s life.  This is the time, like a flower that blooms in the morning, the inherent qualities of the youth unfold, when the perfection within manifests and the urge for spiritual knowledge develops.   All that he needs is a stimulus, like the brilliant rays of the sun from which the flower blooms.  The stimulus   came to young Venkataraman, the son of Sundaram Iyer and Azhagammal, through an elderly relation.  Having known the relative closely, Venkataraman asked him why he was not seen for some time and where he had been.  “Arunachalam”, the relative replied.  The moment the word fell on his ears, Venkataraman experienced a flash of light within.  He remained still, for a while, deeply absorbed in the word which brought an indelible imprint in his heart. A few months later, another event happened in the life of Venkataraman that brought him nearer to Arunachala.  He found a copy of Sekkeezhar’s ‘Periapuranam’ which his uncle had borrowed from library.  This was the first religious book he was laying his hand on.  The book rejuvenated him beyond words.  The book which described the utmost devotion of 63 Tamil saints (Nayanmars) towards Lord Siva created an enormous impression on him.  As he put the book aside, the dull routine started again and he continued doing school lessons and some domestic duties mechanically. But he was not destined to flow in the stream of life like a leaf that flows by the force of current in the river.

Soon, an occasion came when he enquired what life is all about and what death is all about; the enquiry that brought a transformation in him.  He said about this experience: “It was about six weeks before I left Madura for good that the great change in my life took place.  I was sitting alone in a room on the first floor of my uncle’s house, when suddenly a violent fear of death overtook me.  I just felt ‘I am going to die’ and began thinking what to do about it. The fear made me introspective. ‘What is death?  What is it that is dying?’  I dramatized the scene of death.  I imitated myself as a corpse to lend an air of reality to my enquiry.  I held my breath and kept my mouth closed, pressing the lips tightly together, so that no sound might escape.  I said to myself: ‘this body is dead.  It will be carried stiff to the burning ground and there burnt and reduced to ashes.  But with the death of the body am “I” dead?  Is the body “I”?  This body is silent and inert, but I feel the full force of my personality and even the sound of “I” within myself, as apart from the body.  So ‘I’ am a spirit, a thing transcending the body.  The material body dies but the spirit transcending it cannot be touched by death. That means I am the deathless spirit, the indestructible conscious entity.”  The death experience has paved the way for further contemplation and enquiry that ultimately led to realization.  Now, his relations his friends, his studies and the external world all appeared irrelevant to him.  The feelings and emotions, attachments and aversions, taste for food, the urge for human contact all gave way for a spirit that was pulsating inside him. Soon, he heard the call of Arunachala.  He discarded everything he held dear, left the town, boarded the train and reached Arunachala.  It was on 1st September 1896.  He went straight inside.  It looked as though Arunachala was waiting for his son to come.  He then addressed Arunachala: “Oh! God, obedient to Thy call, I have come, deserting all”. Later, he asked himself “who has seen Arunachala?”  When he sought to find answer to this question, he could not say “I saw” because there was no ‘I’ to see.  There was no seer.  The distinction between the seer and seen having gone, he emerged with the realization that he was the immortal spirit, the ever shining Self.  The world has known him as Bhagavan Sri Ramana Maharshi.

The resounding words of “Arunachalam”, the access to ‘Periyapuranam’ and the death experience have all happened not without a cause.  It was Arunachala who was beckoning his devotee.  Once the devotee reaches near, Arunachala grabs him or swallows him.  {I came to you with the hope you would provide me food but you took me as your food and swallowed me….Aksharamanamalai 28)   The devotee loses his separate identity and becomes one with Arunachala who symbolizes the Self.  It is like a piece of cotton which catches fire when brought near a lamp. It is like a river that flows in search of ocean.  When the river reaches near, the ocean draws the river towards itself and the river loses its identity.  When the piece of iron gets near, the magnet pulls the piece towards itself.   Similarly, the Self radiates its light always and when the person who has the inner urge to know comes near it, he comes to realize it.  “Atman is like a powerful magnet.  Hiding itself in the recess of the heart, it slowly draws the individual towards it.   The individual feels as if he is striving to seek the Atman while in fact it is the Atman within that draws the individual towards it.  As the proximity increases, the magnet (Atman) completely submerges the individual.  Thus, the individuality of the Jiva ceases to exist.  He becomes conscious of it and overwhelmed by such experience, he attains the state of Samadhi.  Actually, the individual Jiva is like the needle caught by the power of magnet.  Our effort at self-knowledge is like a divine magnetic action.  The individual is striving to reach only up to the sphere where the magnetic force extends.  Once he reaches there, the magnetic force draws him towards it and integrates him.”

Having caught under the grace of Arunachala, the devotee has lost his identity as Venkataraman.  He threw away the sacred thread; the last vestige of his worldly identification.  He threw away his clothes which marked his severance with bodily identification.  At the cave nearby, he remained in Samadhi state, detached from the world, beyond body and mind.  The devotees took care of him and attended to his basic needs like food and shelter.  By the initiatives taken by few devotees, Swami moved to Virupaksha cave, up the hill.  Here, most of the time he remained in Samadhi.   “Sometime when I opened my eyes, I found it a day.  At some other time, it was night.  I never knew when the sun rose or set”, he said.  He was unaware of the existence of body or its needs and remained unresponsive to any external moves.  He studied ‘Kaivalya Navaneetam’, Adi Sankara’s ‘Viveka Chudamani’, and some other Tamil works. “As I studied the sacred books, I found that they were analyzing what I had already felt intuitively,” he said. Apart from glancing through ‘Periapuranam’ and ‘Viveka Chudamani’, he had not studied scriptures but by a flash or like lightening, he became enlightened.  Maharshi’s teachings are only an expression of his own experience and realization.  Others find that it tallies with scriptures.

Among the early visitors who were captivated by the grace that radiated from Swamy, Sri Sivaprakasam Pillai was one.  As Swami was maintaining silence, he answered the questions of Pillai by writing which happened to be the first recorded teachings of Bhagavan (“Who Am I?”). In his quest for knowledge, Sri Ganapati Muni, an erudite Sanskrit scholar came to Swami and found peace and fulfillment.  It was Ganapati who named Swami as Bhagavan.  Earlier, Bhagavan’s mother Azhagammal had come and engaged herself in rendering different services.  In the year 1916, Bhagavan moved to Kandasramam.  In the year 1922, the mother who presented to the world a towering spiritual leader has shed her mortal remains.  It was Bhagavan who helped to release her soul peacefully.  Maharshi then moved to the Ashram which came up near the mother’s Samadhi.  A steady stream of devotees started flowing towards Sri Ramanasramam to find spiritual fulfillment in the presence of Bhagavan.  The golden jubilee of Sri Ramana’s coming to stay at Tiruvannamalai was celebrated in 1946.   Maharshi went into Maha Samadhi in April 1950.

Sri Ramana Maharshi was the living illustration of the truth declared in Bhagavad Gita.  It is said that the supreme Lord has assumed a human body in the form of Bhagavan Ramana and descended to earth to grace the humans.  Bhagavan was the living testimony of Jivan Mukta whom Yoga Vasishta defined thus: “Pleasures do not delight him, pains do not distress.  He is beyond likes and dislikes.  Though engaged in the worldly actions, he is detached from all external objects.  He is un-agitated, always in supreme bliss.  There is nothing he has to achieve.    He is full of mercy or magnanimity even when surrounded by enemies.  He is always in the state of Samadhi.  He works without the notion of doer-ship.   He finds equal pleasure in old age, death, misery, poverty or in ruling over an empire.  So far as the external behavior (vyavahara) is concerned, no difference is found between the liberated and the ignorant ones.   The difference however consists in the absence of desire in the case of the former and the presence of desire in the case of the latter.  The liberated one is not only happy himself but spreads happiness all around”.  The Self is always liberated and Sri Ramana Maharshi who realized his Self was a Mukta.

“To meet a sage and be acquainted with him is not an ordinary occurrence.  It must be the result of a good stock of merit.  I consider myself fortunate to have had the privilege of meeting the Master and basking in his glorious presence for three days.  To sit before him was itself a deep spiritual experience, to look at him was to have one’s mind stilled, to fall within the sphere of his  vision was to be inwardly elevated”, said Sri T.M. P. Mahadevan, the Philosopher and author of “Ramana Maharshi and His Philosophy of Existence”.  “Ramana was a sage without the least touch of worldliness, a saint of matchless purity, a witness to the eternal truth of Vedanta.  It is not often that a spiritual genius of the magnitude of Sri Ramana visits the earth”, he said “but when such an event occurs, the entire humanity gets benefited and a new era of hope opens before it”.  Seldom there appeared a saint who got realization by direct experience and ever remained at peace.   Swami Sidheswarananda, Head of Ramakrishna Mission said: “Maharshi has postulated a philosophy which is the essence of Vedanta.  He discovered Truth on his own experience.  He said: “Maharshi experienced the “Self” in its supreme, self-effulgent form.  He experienced the Brahman, the eternal truth. He was the embodiment of truth.  He ever abided in Self. The existence of such individuals, who are living incarnations of truth, renders the Truth demonstrable”. In his book, ‘the Sage of Arunagiri’, Aksharajna says: “To give form and content to the abstract notions of Truth and to present that truth in a manner that it comes within the reach of the most ordinary intellect was the mission of Maharshi.  He expounded the truth to the erudite scholar of a university or to a man in the street with equal felicity”. 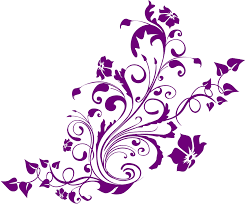