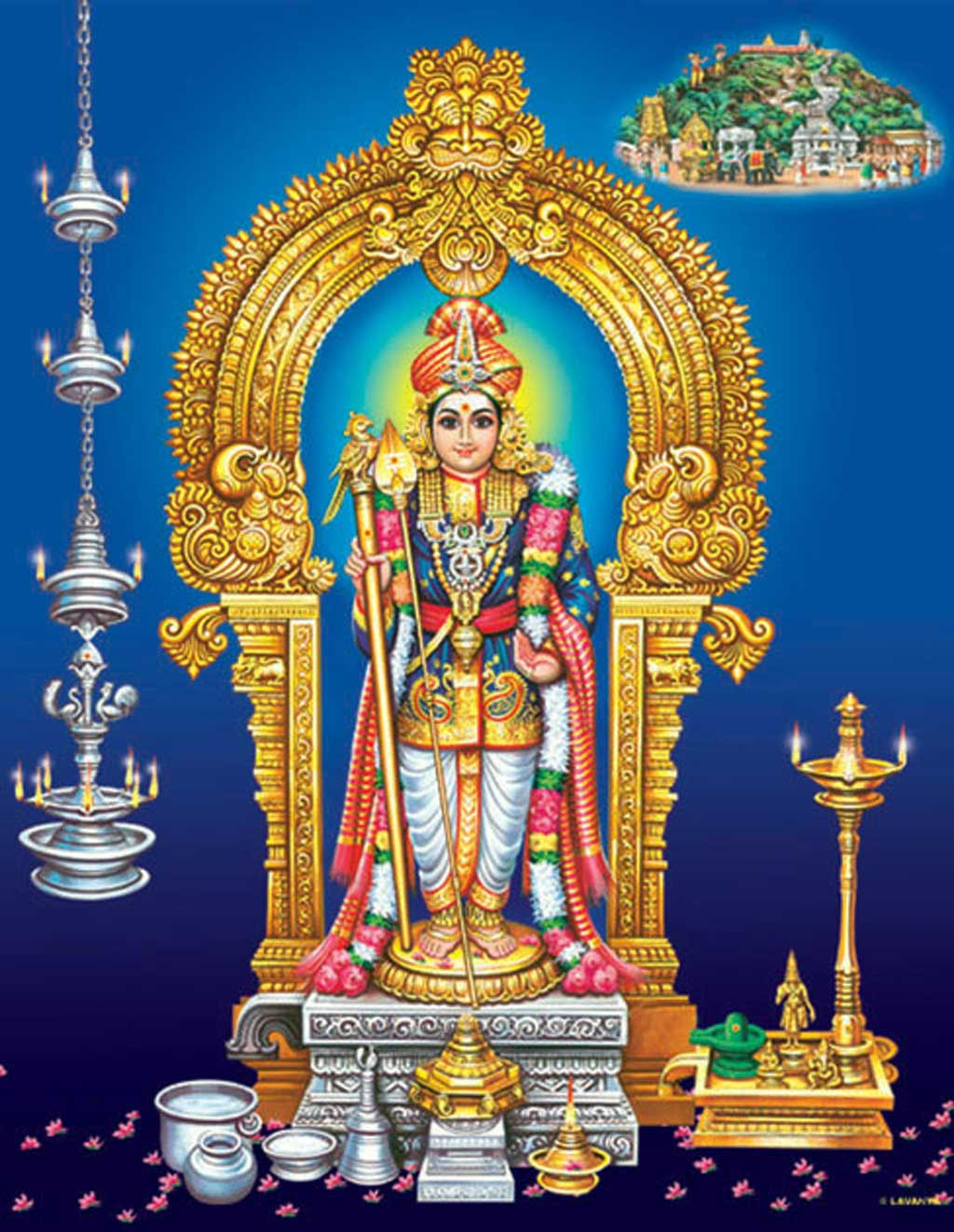 The advent of ‘Thai’, the auspicious Tamil month, heralds a new era of happiness and prosperity. This month is significant in many respects. On this day, also known as Makara Sankranti, the sun changes direction towards north (uttarayanam). It is on this day, the traditional Pongal festival is celebrated with immense enthusiasm. The word ‘pongal’ means ‘boiling over’ which means affluence and happiness over-flowing. There is a saying in Tamil, “When Thai month dawns, new gate-way to prosperity open up (Thai Piranthal Vazhi Pirakkum”).

When Pongal which symbolizes grandeur and gaiety passes over, there comes another occasion, ‘Thai Pusam’ which in contrast symbolises simplicity, austerity, humility and devotion. ‘Thaipusam’ is the occasion when the devotion of people towards the Lord they love and venerate reaches a crescendo. Just as Pongal, Murugan worship also constitutes an integral part of Tamil culture.

The word ‘Thai’ refers to the Tamil month and ‘Pusam’ refers to the star. According to popular belief, it was on the day of Thaipusam, Goddess Parvati presented Muruga the powerful Vel (lance) to vanquish the evil forces and establish the principles of Dharma (truth). Tamils claim special affinity towards Muruga and refer him as God of Tamils (Thamizh Kadavul). However, Muruga is adored and admired all over the land and even beyond. Skanda Puranam describes the origin, the object and the significance of Skanda’s manifestation. Devotion towards Muruga finds eloquent expression on the occasion of ‘Thai Pusam’. Devotees consider Muruga, not as a God residing far ahead or beyond mountains, but as a friend, guide and philosopher; always by their side. When Thaipusam comes, the differences and diversities disappear and all are united by the spirit of devotion. After observing strict austerities, they embark on the pilgrimage to Palani. Wearing a simple saffron coloured towel around their waist, forehead smeared with white sacred ash of vibhuti and the holy garland of Rudraksha beads around their neck, they start trekking their way towards Palani. They walk miles and miles, bare-foot, braving the inclement weather and denying them even basic food and shelter. 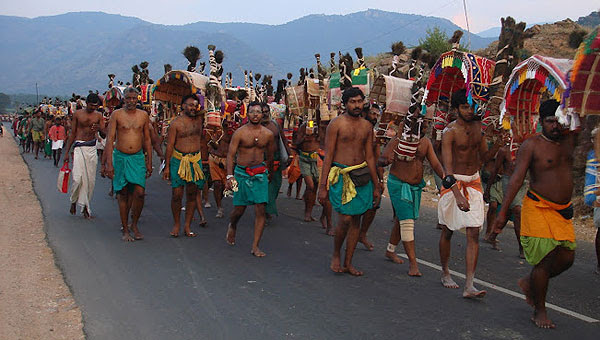 Evidently, the names of the Lord, “Hara Haro Hara’, give them strength to march ahead. Some inflict pain on their body by piercing the Vel (lance) through their skin as a mark of sacrifice and also as a prayer that they should never take birth again with a body. Some carry Kavadi, an arch like offering made of palm tree wood with decorations on all sides. While some chant the names of Muruga as Kanda, Kumara, Kadamba, Karthikeya, Karunakara and Kaliyugavaradha, others sing the glorious verses of Thiruppugazh. Their joy knows no bound when they reach the Adivaram, the foot hill. After doing circumambulation (Giri Pradakshina) of the hill, they worship the shrine of Lord Ganesa and climb every step with heart full of devotion. The moment they stand in front of the deity, they forget their sorrows, their surroundings and even their very individuality. With their eyes focussing on the beauty of the Lord, ears hearing the sounds of ‘Hara haro Haro’ and heart full of devotion, they move forward with the only aim of seeing the Lord and surrendering at His feet.

We see Muruga flanked by Devayanai at Tirupparamkundram, with his consorts, Valli and Devayanai at Tiruchendur and Tiruthani, as a youth at Tiru Avinangudi, as a matured old person in Pazhamudir Solai and as a Teacher (Guru) at Swami Malai. At Palani hill, Muruga appears as his real Self, as a renounced saint, wearing just loin cloth and holding a dhanda (staff) on his hand. 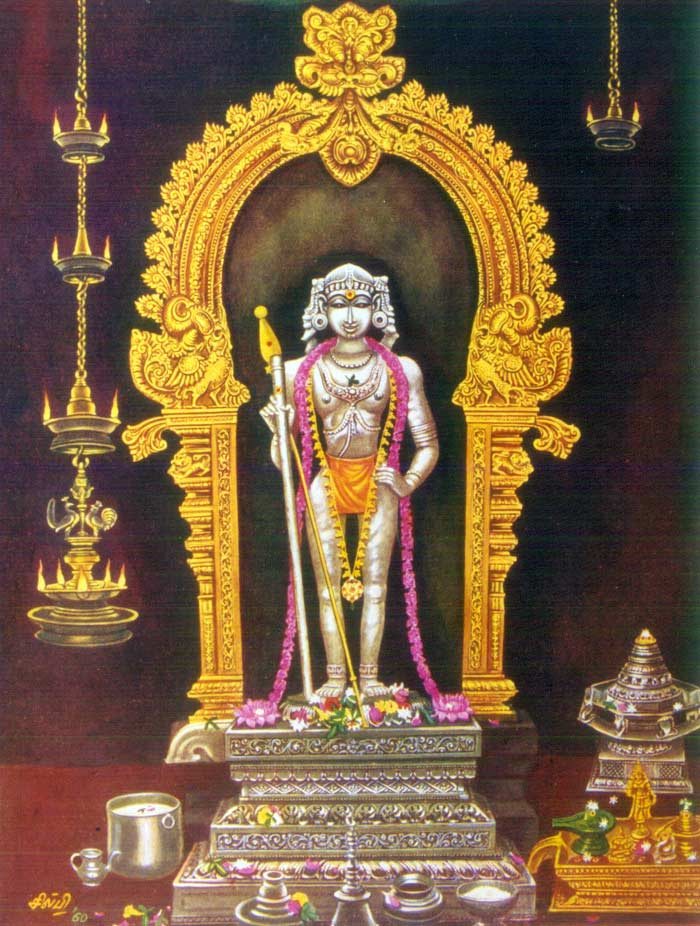 A saint-poet has composed a song on Muruga in the following lines: “Muruga’s mother, Parvati, is the embodiment of power (Sakthi). Muruga’s father, Lord Siva, the King of Kailash mountain, reigns supreme over the treasure and natural wealth of Himalayan region. Muruga’s father, Siva is also very close to Lord of Wealth, Kubera. Muruga has relations with Maha Vishnu and Mahalakshmi who symbolise prosperity and wealth. Apart from the wealth that he has inherited from his parents’ side, Muruga is married to the daughter of Devendra who is the head of all the three worlds. Yet, Muruga distanced himself from all the affluence and abundance and chosen to remain as a Yogi, holding a Jnana Dhanda (staff of knowledge). Here he gives us the message that attachment and desire binds us to the world and renunciation and detachment liberates us.

“Drive away all thoughts generated by the mind. Discard the ego that stands on your way. Deny the comforts and luxuries of the world around. Oh Muruga, tell me, how can I reach that state when I deprive myself of all false notions and remain as my real natural Self.” This is the state Arunagirinathar portrays in the second verse of Kandar Anubhuti “Ellamara Ennai Izhantha Nalam, Sollai Muruga Suraboopathiye”. Though the sage has done many songs on Palani, the 98 songs which the devotees were able to obtain are considered large.

In his Subramanya Bhujangam, Adi Sankara says: “He who is mounted on the beautiful peacock, who represents the Mahavakyas of the Upanishad, whose infinite beauty captures the heart of devotees, who is worshipped by Devas and all devotees on earth, the son of Mahadeva, the Protector, I worship him with reverence. 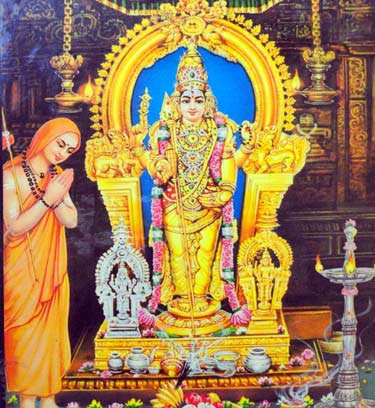