The Infinite Grace of Paramacharya 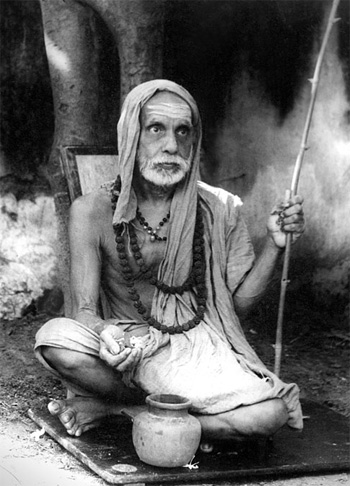 The opening lines of Sankara’s Guru Strotam say: “To Guru, the manifestation of Brahma, the creator, Vishnu, the protector and Siva, the destroyer, I offer my obeisance.” (Guru Brahma, Guru Vishnu, Guru Deva Maheshwara. Guru Sakshath Parambrahma, Tasmai Shri Gurave Namaha.) This means that Guru combines the qualities of all the three great powers, Brahma, Vishnu and Siva. Guru does not impart knowledge as is normally perceived. Guru merely removes the darkness that surrounds him and shows the knowledge (jnana) which is already within him. Guru comes into one’s life in different forms. The devotee may not recognize him at first but soon an occasion would come when he would recognize. The Guru came in my life as my own employer who not only gave me guidance in my duties but also showed me the way to the Parama Guru, the Jagatguru, Sri Chandrasekharendra Saraswati Swamigal of Kanchi Kamakoti Peetam. He was Sri S.V. Narasimhan, an industrialist by destiny and a devotee by choice.

It was my fortune that Sri Narasimhan selected me as a Stenographer in his company. Few years after service, I stood before him with a request for leave to go to my native place at Thrissur. He then gave me an advice that I should break my journey at Madras, go to Kancheepuram and get blessings from Paramacharya. Honestly, I had no idea about Paramacharya at that time, excepting an abstract image of a saint. I was very eager to proceed to my native place and visit ‘my own people’ but since I could not say ‘no’ to a well meaning advice, I landed at Kancheepuram. While standing in the queue, I noticed Paramacharya, seated on the ground and surrounded by other disciples. He was smilingly giving Prasad to the devotees coming in front of him and giving his signal of blessing. When an individual takes an earnest step towards a noble direction, it is his mind that obstructs him. The mind which just generates some thoughts becomes the major obstacle in his pursuit towards perfection and nobility. It started working in my case too. “Acharya would just give the Prasad, show his hand in blessing and look for the other person. Nothing big is going to happen to me”. My mind entertained such thoughts. But the moment I stood before the sage of Kanchi, all thoughts vanished and I experienced a divine positive energy radiating from him. I was surprised when, rather than waving his hand, he asked me to come near him and sit. He asked me in Tamil: “Where are you coming from?” I said: “I am coming from Calcutta”. “Do you know Narasimhan, the President of Ved Bhavan?” he asked. I was stunned. I said: “I am working in his company. He only advised me to come and seek your blessings“. “Sariyapochu” (very good) that was the exact word spoken by Swamigal in his characteristic smile. “Convey my blessings to him”, he added and also enquired about my welfare. I could not believe that Jagadguru, who is venerated throughout the world, was enquiring about my welfare. I was humbled. In fact, he spent about 5 minutes with me, the privilege many other devotees were aspiring for.

As I kept talking I experienced a sense of close affinity and affection, as if I was talking to a friend. I realized that there was a magnetic power in him that attracted all devotees towards him. Paramacharya was God’s incarnation (Avatar Purusha) and perhaps he has known in advance what was going on in my mind and like a real Guru, given me the vision to transcend the mind. His simplicity, his humility and above all the divine aura that surrounded him moved me beyond words. I realized the need to go beyond the concept of ‘My people and my native place’. I realized that by being in the presence of a sage like Paramacharya, one gets the all the experiences of going to temple, listening to discourses, reading the scriptures or engaging in spiritual practices like meditation or Dhyana. It was an experience that is inexplicable; the experience that I still cherish in my heart even after 50 years. 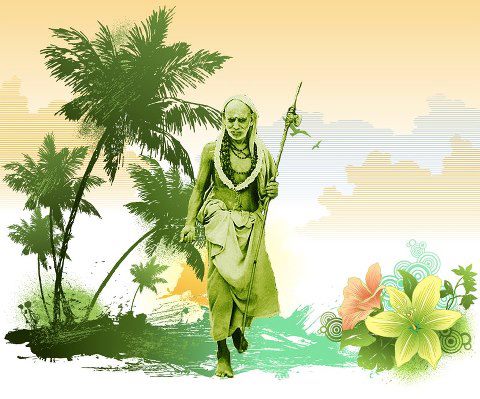