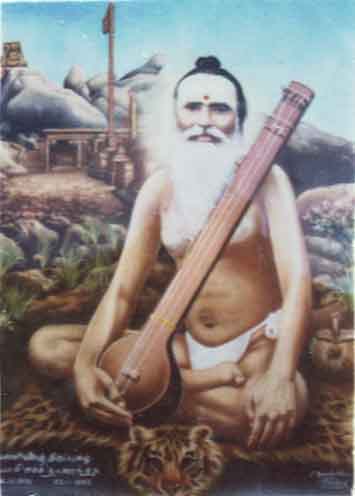 “Vangaraa Marbilani Tharoduyar Kodasaya”. The song came from a woman devotee. The venue was the sacred shrine of Lord Palani Andavar. Among those who were waiting for the opening of the doors, Ardhanari was also one. While all others just heard this song, for Ardhanari, the song made an enormous impression. He could discern some power in that song. Though not well versed in Tamil, he could experience an inexplicable sense of affinity towards the song which hailed Lord Muruga. Even after the lady completed singing, the doors opened and worship over; the song was ringing in the ears of Ardhanari. It has made a profound impact on him.
Ardhanari who was working as a cook in Mysore Palace was a dejected man. Having suffered many crisis one after another and having lost his wife and children, he was crest-fallen. At the advice of a friend; he had come to take refuge of Palani Andavar. Having heard the song, he forgot all his sorrows and turned his attention towards the song. He enquired and found out that the song which captivated him is known as ‘Thiruppugazh’, composed by saint Arunagirinathar. He learned Tamil to be able to read and sing Thiruppugazh. With the grace of Palani Muruga, Ardhanari became an eloquent singer and commentator of Thiruppugazh. He found Thiruppugazh as the means of liberation from the world of sorrows and sufferings.

Ardhanari embarked ona long pilgrimage to North India. He visited holy places like Haridwar, Badrinath, Kedarnath, Gangotri, Yamunotri and Amarnath. At Himalayas, he met a realized sage and paid obeisance. Satisfied with the dedication of Ardhanari, the gave him formalDiksha and named him as Sachidananda Swamigal. Ultimately, he came to Tiruvannamalai, the abode of Arunachala and Sri Ramana Maharshi and found it as the ideal place to pursue his spiritual goal. He saw Bhagavan Sri Ramana Maharshi and received his blessings. He spent few days near the Ashram and kept visiting Bhagavan. One day, at the instance of Bhagavan he went down and walked without any particular direction in mind. He then saw Sri Seshadri Swamigal, a scholar who had mastered Vedanta, Upanishads, Brahma Sutra and a close associate of Bhagavan, coming in the opposite direction. Sri Seshadri Swamigal knew the Thiruppugazh connection of Sri Sachidananda Swamigal. He then cited a stanza from Sivamana Puja’ composed by Adi Sankara and explained its meaning. Swamigal then enquired whether there is any song in Thiruppugazh which conveys this Advaita philosophy of Adi Sankara. Ardanari said “yes” and quoted few lines from the song ‘Amala Vayu’ (“Enadhi Yanum Veraki Evarum Yadhum Yanakum Idaya Bhava naneetham…”) “Oh Lord, grace me the knowledge by which I come out of all differences like ‘me’ and ‘you’ and realize the Self (Atman) that is shining in everyone”. Seshadri Swamigal heard Sri Sachidananda Swamigal explaining the meaning and said: “Thiruppugazh is a musical mantra and a way of life. Doctrines contained in Vedic scriptures have been explained in simple lyrics in Thiruppugazh. This is a philosophy complete in itself. This is enough for you to carry on your spiritual mission. Go to Vallimalai, make that holy place your base and take the glory of Thiruppugazh to greater heights.”

Ardhanari was delighted at receiving an advice that he was aspiring for. This meeting became a turning point in his life. He realized that Sri Ramana Maharshi had foreseen these developments in advance and it was only to create a ground for such meeting he directed Ardanari to leave Tiruvannamalai. He went to Vallimalai, believed to be the abode of Valli, the consort of Muruga. Surprisingly, after arrival at Vallimalai, Swamigal who had no knowledge of music started singing quite perfectly. He devised the proper method of rendering Thiruppugazh, known as ‘Thiruppugazh Parayana Thava Neri Thirumurai”. He used all forums to hail the glory of Thiruppugazh. The name Sachidananda Swamigal became synonymous with Thiruppugazh. He established Padi Vizha festival by which every English New Year, devotees climb the Tiruthani hill by singing Thiruppugazh Bhajan at every 365 step. He attained Maha Samadhi in November 1950, about 7 months after Bhagavan attained Maha Samadhi. 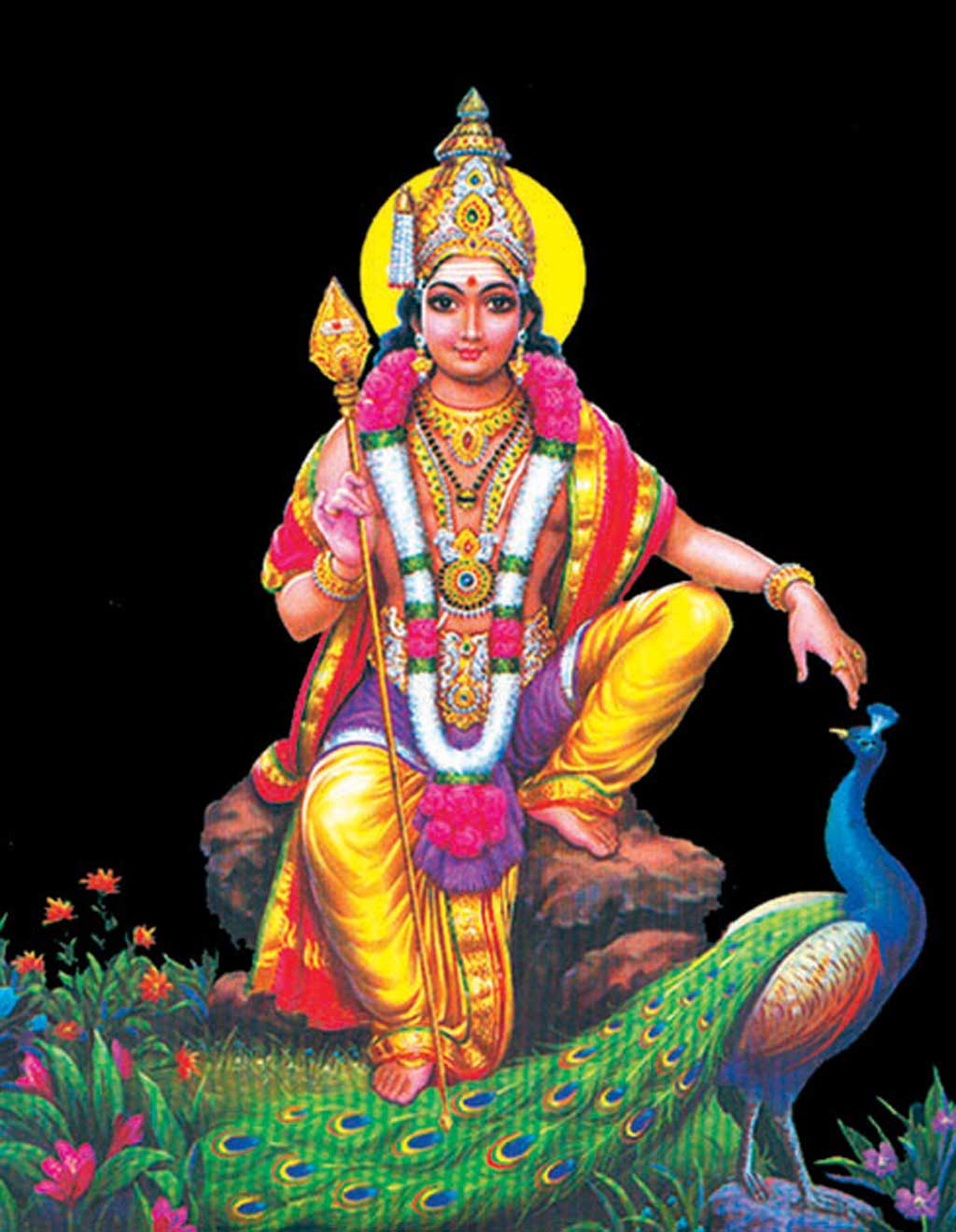